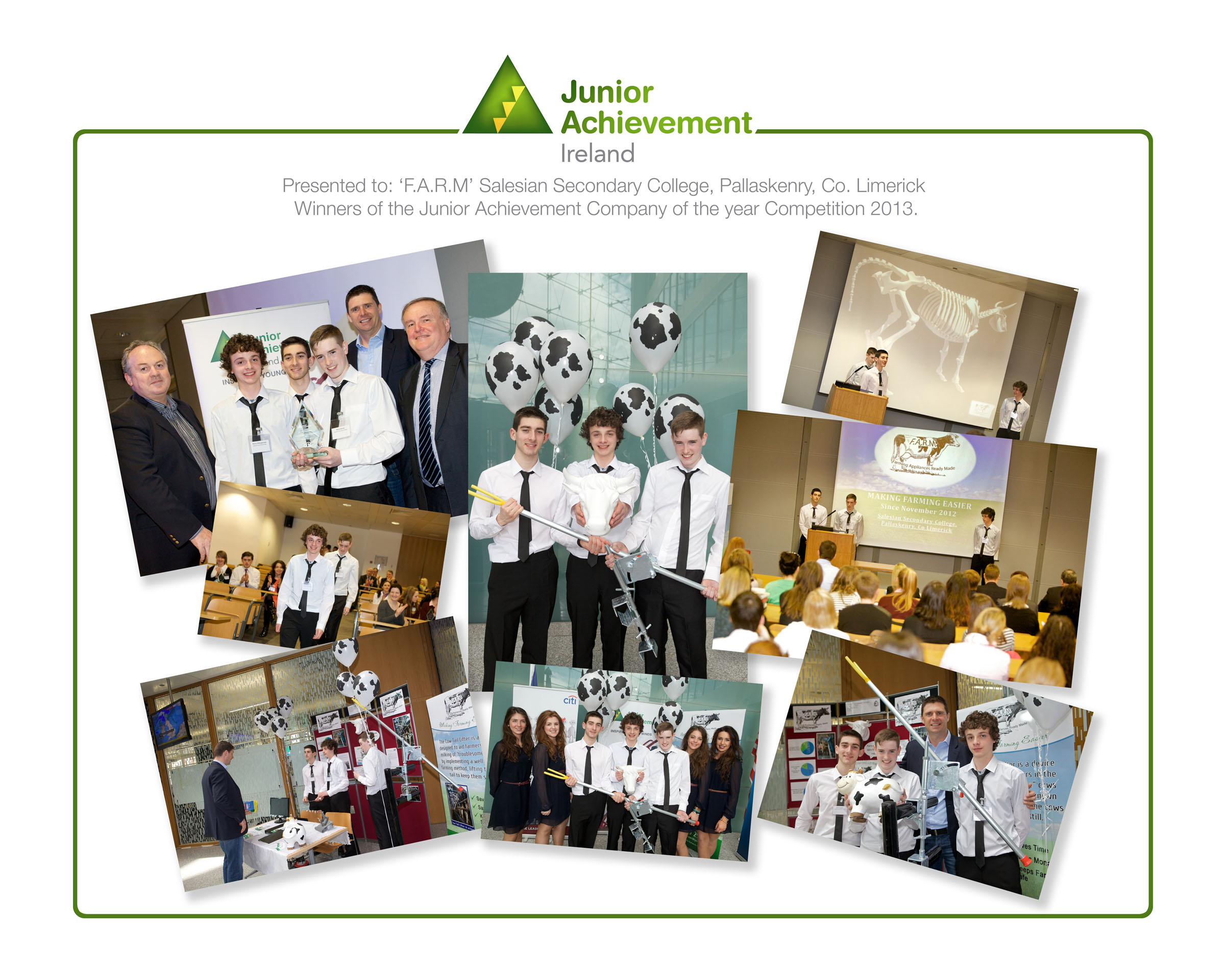 F.A.R.M., a company from Salesian Secondary College, Pallaskenry, Co. Limerick, was announced winner of the Junior Achievement Company of the Year 2013 hosted at citi in Dublin on the 2nd May.

F.A.R.M. designed, manufactured and are presently selling and marketing an innovative invention called the CowTail Lifter – a device that can be used by farmers to stop cows kicking while being milked.

The team will represent Ireland, competing against 32 European teams at the JA Company of the Year Competition in London in July.

The Regional Finals of Junior Achievement’s Company of The Year Competition take place across the country in the coming months. 2500 students nationwide participated in the Company of the Year Competition. Two winning secondary school teams from each region go … END_OF_DOCUMENT_TOKEN_TO_BE_REPLACED

Challenge Science (12–14 Years) “I want to be… a biotechnologist, an astronaut, a forensic scientist, a nutritionist!”Well, if so, come and experience Challenge Science, an exciting science roadshow that introduces young students to a world of creation and discovery. This … END_OF_DOCUMENT_TOKEN_TO_BE_REPLACED

Working It Out (10–12 Years) Working it Out mixes the worlds of sport and maths in a programme that will test both mind and body Working it Out is where long division and penalty shootouts, averages and skipping, ratios and … END_OF_DOCUMENT_TOKEN_TO_BE_REPLACED

What’s the point of algebra? Why the big deal about punctuality? And who’s going to give me a job anyway – I don’t have any stand-out-from-the-crowd talent? Secondary school programmes are structured, hands-on and activity based, focusing on enterprise, communication … END_OF_DOCUMENT_TOKEN_TO_BE_REPLACED

Let’s open a window on the wider world! JA primary school programmes show young students the vast array of opportunities there are for them to use their talents, imagination and creativity when they grow up. JA programmes are also aligned … END_OF_DOCUMENT_TOKEN_TO_BE_REPLACED