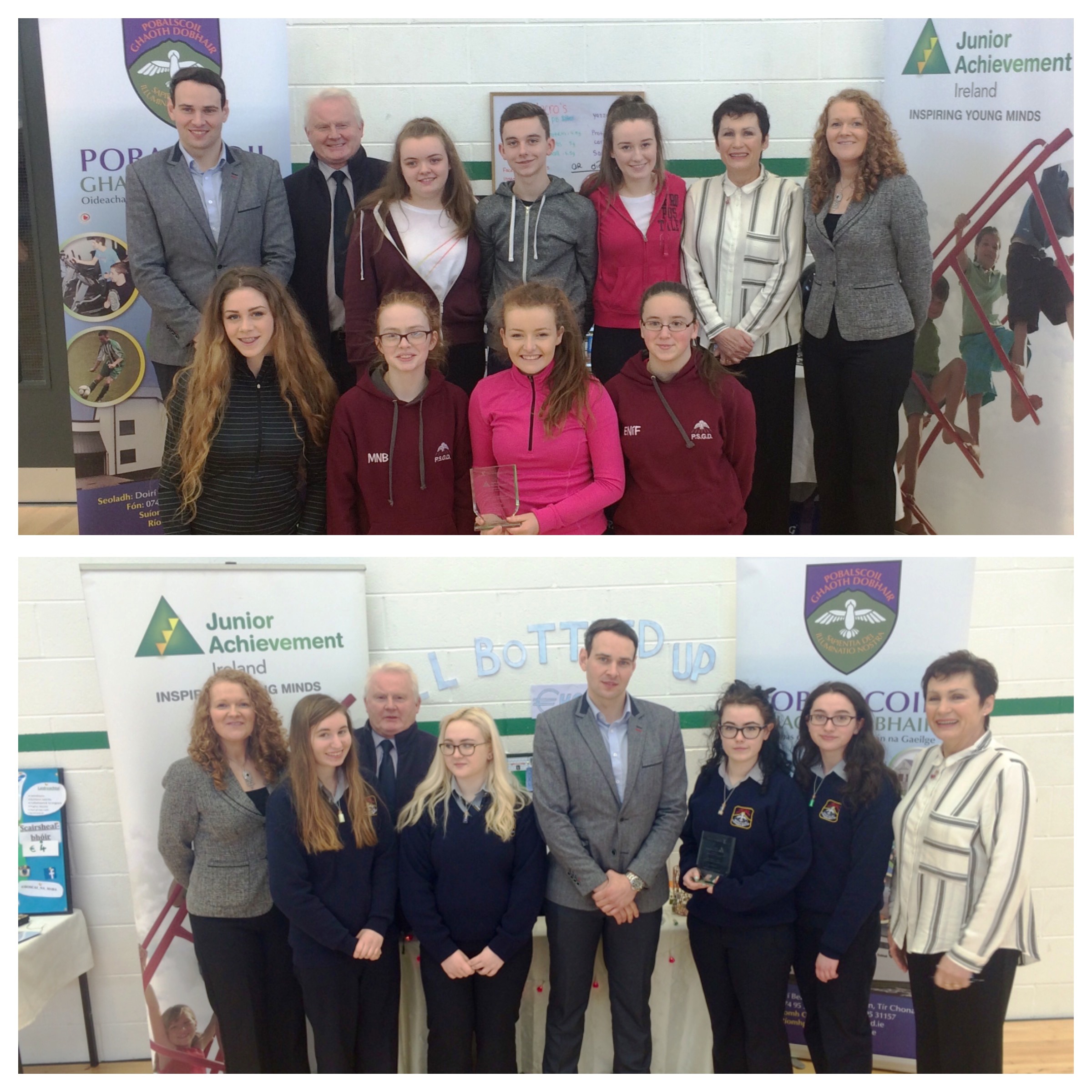 ‘PB Bites’ & ‘All Bottled Up’ from Scoil Ghaoth Dobhair

On 2nd March over 100 of Ireland’s brightest young entrepreneurs took part in the Donegal JAI/ Údarás na Gaeltachta Enterprise Competition. An assempled audience were treated to top quality products and excellent presentations from enterprising students who were competing to land the regional title.

The students were challenged on the day – setting up display stands, being interviewed by the judges and doing a stage presentation in front of an audience – but performed fantastically under pressure.

After much deliberation the 2016 winners were announced – ‘PB Bites’ who made a healthy snacks from peanut butter and ‘All Bottled Up’ who made beautiful necklaces with positive mental health quotes. Both companies hailed from Pobal Scoil Ghaoth Dobhair.

Many thanks to all of the students and their teachers for all of their hard work in the run up to today’s event. Special thanks to our judges, our host school Pobal Scoil Ghaoth Dobhair and to Údarás na Gaeltachta for their continued support.