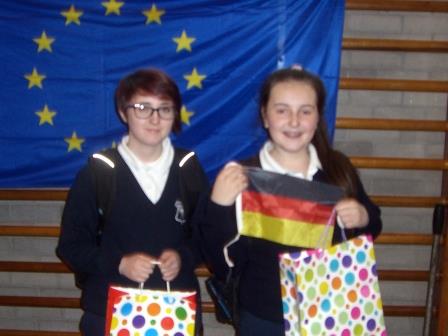 Winners of the EU Quiz – GermanyOver 50 students in Mercy Secondary School, Newtownsmith, Galway took part in an exciting Europe4U event recently which was organised by Junior Achievement Ireland with the support of the Communicating Europe Initiative in the Department of the Taoiseach.  The aim of the project was to increase the awareness of students of the role the European Union plays on their lives.

The Europe4U initiative was made up of interactive workshops for Transition Year students demonstrating the advantages of being EU citizens, looking at the rights that come with EU citizenship, the role of the European Union and Irelands place in Europe.

Facilitators of the event included Margaret Teahen and Dejan Savic from Oracle and Niamh Grealish & Ray Fogarty of Junior Achievement Ireland. “After taking part in the Europe4U event as a business volunteer I see it as a great opportunity for teenagers, who may not otherwise be exposed to such information, to learn and gain an understanding of what it means to be part of Europe. I would strongly support this initiative being rolled out to other schools so that these students become more aware of their place within Europe and how it can impact their lives.” Margaret Teahan, Oracle. 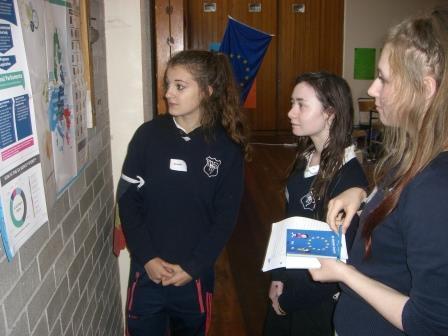