Meredith Adams from Standard Life, a new supporting organisation for the 16/17 school year, has written about her experience of being a JAI volunteer. Soon after arriving at the Standard Life Dublin office, I was asked to setup our volunteering … END_OF_DOCUMENT_TOKEN_TO_BE_REPLACED

100 Transition Year (TY) students from around the country enjoyed showcasing their newly-acquired project management skills at the PM Skills for Life Innovation Camp in the iconic Thomond Park Stadium, Limerick on 3rd May. During the 2016/17 school year 500 … END_OF_DOCUMENT_TOKEN_TO_BE_REPLACED

Innovation Camp to Celebrate Young Project Managers Volunteer Kate Shields from Sanofi with students from De La Salle College, Waterford on their completion of the PM Skills for Life programme 100 transition year students from around the country have been … END_OF_DOCUMENT_TOKEN_TO_BE_REPLACED

Cothú Cinnte, a company from Coláiste Chroí Mhuire, An Spidéal, Co. Galway was acclaimed as the winner of the Údarás na Gaeltachta – Clár Comhlachta 2017 at the national final held at the Connamara Coast Hotel on the 15th March.

With more than 500 Transition Year students taking part in Gaeltacht regions in Cork, Galway, Donegal, Kerry, Mayo, Meath & Waterford, eight teams were ultimately selected to proceed to the national final. The standards set by these regional winners means the winner of the Clár Comhlachta can be regarded as particularly astute entrepreneurs.

Cothú Cinnte is comprised of Liadh Robertson, Rebecca Ní Alluráin, Aoife Nic Chormaic, Blanca Ní Dhonnabhain and Maire Ní Fhrighil. The company produces hand-painted, glazed dinner plates, depicting areas for starch, vegetables and protein. The areas are labelled as gaeilge and can be personalised when ordered! Their aim is to promote healthy eating and encourage people to include more vegetables in their diet. Cothú Cinnte was mentored by local business volunteer Barry Comerford from Cambus Medical.

Clár Comhlachta is a hands-on business learning experience developed and delivered in partnership with Junior Achievement Ireland (JAI) and is taught through the Irish language to students attending schools in Gaeltacht regions. Based on the well-established JA Company Programme and Company of the Year Competition, students create, operate and manage their own business as they move from the idea generation stage, to production, marketing, sales, finance right through to going to market. The programme provides numerous opportunities for the development and reinforcement of important academic and leadership skills. Local business volunteers, each of whom is

Finalists Oileán na Síoga from Gairmscoil Mhic Diarmada, Árainn Mhór during their National Final presentationrecruited, trained and supported by JAI, mentor the students alongside their teachers.

The Clár Comhlachta national final followed the regional finals, which this year took place in Kerry, Mayo, Galway and Donegal. Over the course of the national final, the emerging entrepreneurs exhibited at trade stands, displayed their business acumen during the judges’ interview and held their nerve to present their business ideas on stage in front of a public audience.

JAI is excited to announce the launch of a new entrepreneurial programme for senior cycle students called Enterprise in Action. Enterprise in Action, sponsored by Citi Foundation, is designed to promote the relevance of entrepreneurial thinking and provides a structured 5-week programme to allow students to practice innovative thinking and challenges them to understand ethical decision-making.

In 2016/17 80 professionals from a range of supporting organisations including Citi are volunteering to work with more than 2,000 15-17 year olds in their own classrooms to complete Enterprise in Action. Over the course of five weeks, Enterprise in Action volunteers will serve to highlight the role of business in Ireland and introduce young people to entrepreneurship in a practical way that equips them with life skills which can be carried into adulthood.

Citi volunteers Caitriona Penston, Fran Burke & Edna Lyatuu HoganParticipating students will also have the opportunity to apply to participate in Innovation Camps where students from a range of schools will come together to address a specific challenge over the course of one day. Working in groups students from different schools will combine creative thinking, teamwork and effective communication skills to come up with innovative solutions to a set problem.

Speaking at the launch of the Enterprise in Action programme, Minister Paschal Donohoe, T.D. stated that, “Initiatives such as Enterprise in Action are essential for fostering entrepreneurial attitudes and skills, which will ensure Ireland continues to be one of the most entrepreneurial countries in the world. Entrepreneurship is a key element in the health and wellbeing of any thriving economy. We must ensure that we support young people to acquire the skills and confidence they need so that face any challenge, and shape their careers in the future world of work. I commend Junior Achievement and Citi for such a wonderful initiative.”

5th Class Students from St James’ Primary School, Dublin 8 presented their ideas to the Minister for Children and Youth Affairs Junior Achievement Ireland has marked its 20th anniversary celebrations by presenting the ‘Children’s Budget 2017’ to Minister for Children … END_OF_DOCUMENT_TOKEN_TO_BE_REPLACED

Jointly-sponsored by Science Foundation Ireland (SFI) and industry partner Fidelity Investments, Futurewize is designed by Junior Achievement Ireland and developed for delivery by business volunteers. The official launch of the Futurewize programme was attended by Minister for Education and Skills, Richard Bruton T.D. who lent his support to the innovative programme.

Speaking at the launch, Minister for Education and Skills, Richard Bruton T.D. said: “I am happy to support Junior Achievement Ireland in their 20th anniversary year, to help launch Futurewize. This programme aligns with the new Junior Cycle science course and its content strands: the physical, biological, and chemical worlds; and Earth and Space and the Government’s renewed policy focus on providing supports in this area. Futurewize will shine a light on the career options open to students in STEM and is a great example of an industry education initiative supporting Ireland’s National Skills Strategy 2025.”

In 2016/17, more than 2,000 students will complete Futurewize with 80 trained business volunteers from Fidelity Investments and other volunteer companies. Working with the 13-15 year olds in their own classrooms once a week for five weeks, Futurewize volunteers will serve to highlight the importance and relevance of STEM subjects and their links to a huge range of potential career pathways. 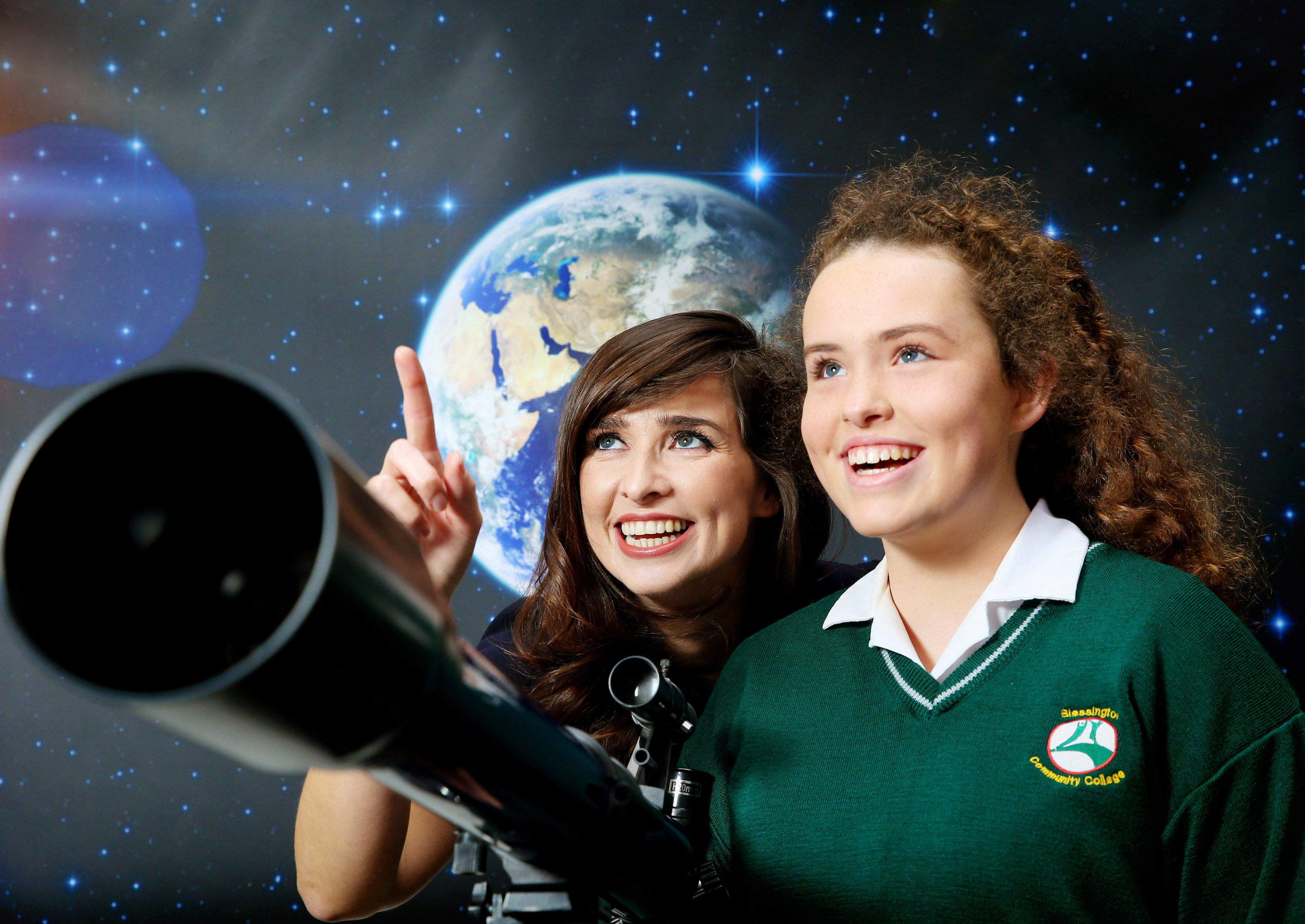 Junior Achievement is encouraging this engagement with the Futurewize programme and I am delighted to be an ambassador for this scheme encouraging more interactions between researchers, industry, and education.  The JAI programme is also committed to attempting to address the gender gap in students studying STEM subjects and this is something I am passionate about.”

Senior leaders from some of Ireland’s best-known businesses gathered in Dublin last week to celebrate their remarkable record in having supported Junior Achievement Ireland for 20 years. Building on the foundations laid by our first supporters we have become the … END_OF_DOCUMENT_TOKEN_TO_BE_REPLACED